The Value Of Organically Grown Foods

When a person walks into the modern Supermarket they are inundated with the plethora of choices. These foods range from local varieties to crops from far away. The real issue that most consumers are unaware of is what is behind the label. Big Agribusiness has taken over the food industry. They are only interested in two things: maximum production and profit. As a result, it is our opinion that the agricultural businesses have implemented methods of food production that poison both the public and the environment in pursuit of those goals. 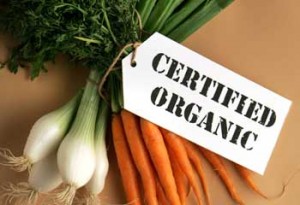 The biggest value of organically grown food is the reduced impact on the environment. This is essentials for future generations to enjoy the bounty of the earth. The environmental disasters, such as the poisoning of Love Canal in Niagara Falls, NY, clearly show what happens when big business is allowed to destroy the environment at will. While the current usage of pesticides and herbicides may not cause as blatant of damage as Hooker Chemical once did, they are causing significant damage, both to the environment and to our health. One has to question why cancer is one of the leading causes of death in America. A study discussed in the American Journal of Epidemiology (May 1, 2003) found a very strong link between private pesticide applicators’ exposure to Methyl Bromide and Prostate Cancer. Methyl Bromide is used to both as a pesticide and as a disinfectant for storage areas such as grain bins.

Under the United Nations, there is a new program slowly being implemented worldwide called Codex Alimentarius. The ultimate goal of this program is to set up a group of standards to which all food production will follow. While this might sound good, the horror is behind the curtains hidden from view. According to these new standards some of the worst pesticides which have been banned in both the United States and Europe are reintroduced into the food chain. These include DDT and Bromide Ion.

To make things worse, the new GMO foods have been genetically modified to internally produce their own pesticide. Unlike traditional pesticides where only the surface of the produce was affected, the GMO plant metabolically creates the pesticide and distributes it throughout the entire plant system. The dangers of both GMO foods, physically applied pesticides and herbicides not only are causing damage to the environment, but are also potentially hazardous to one’s health. We believe the value of organic foods should be measured by the health of an individual and the benefit to the environment.